Where are they Now?

By the year 2003, every US College had writing tutoring centers for their students. This year is when Beth Virtanen and Judy Casey had the idea of creating one for UPRM. Beth Virtanen wrote the original proposal to create one within UPRM’s English Department which lead to the EWC’s foundation. However, the idea of having a EWC was new to RUM, and educating the faculty and students about its true purposes of tutoring was a challenge. Some assumed it was a correction center, but educating people was on going from a start, and the EWC’s principles of tutoring never changed. During those early years, Beth and Judy hired and trained four MAEE students, who were also trained to be tutor trainers, and later on, undergraduate students were hired. Since no one knew how a EWC should work, everyone involved was enthusiastic and excited to try something new and different. The grad students were all highly motivated to become knowledgeable and stayed with the EWC until they graduated. One of these original tutor trainers is Dr. Kevin Carroll, who returned to RUM after getting his PhD. The hiring policy Beth and Judy followed was to seek out calm, kind, and patient students with the ability to listen based on an old saying "You can teach anybody grammar but you can't teach anybody how to care." At first, tutees were from the basic track, seeking tutoring mainly with their writing. Upon determining tutoring would be beneficial for improving their skills, these students became optimistic, goal oriented, and never gave up. Their early successful experiences caused word to spread from one student to another until the EWC soon outgrew from a little room in Chardón into a bigger one. Today, thanks to our founders and former tutors, we continue to grow and connect writers every day, now from UPRM’s General Library (B-107).​

One of the EWC's Founders 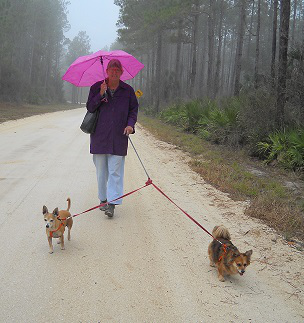 I worked at the EWC from when we started it, 2003, for about 8 years.  My BA was in Biology. I joined the Peace Corps (1980s) and was assigned to teach science in Lesotho (Southern Africa) where I discovered that I was really teaching content-based English as a foreign language. This was a fascinating process and I decided to pursue it, so I got accepted at the American University in Cairo, Egypt, where I got my MA-TEFL. After returning to the USA, I taught ESL and worked in a writing tutoring center for about ten years at a community college, during which time I earned an EdD in Language, Reading, and Culture at the University of Arizona. My biggest interest in EFL has always been writing. Writing in another language is one of the most difficult things humans can do, and there's no end to trying to figure out how to get people motivated to write as college-age adults. Currently, I am retired. My husband and I live in Florida, where we play with our Puerto Rico Chihuahuas, and go swimming and canoeing. I write a gardening column for the local newspaper.

Our Former Tutors
WHERE ARE THEY NOW? 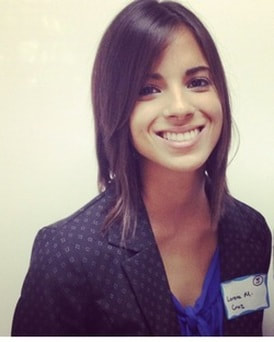 I'm a Chemical Engineering student that wants to pursue a career in Materials Engineering. I'm currently working on finishing my last semester of school and hope to find a job with a company that challenges me and allows me to explore my capabilities.  I also wish to complete a Masters Degree in Materials Engineering while I work in the upcoming years.  I worked in the EWC from August 2015 to August 2017. At first, I wanted the job to keep me busy in my free time between my classes. Two years later, I fell in love with the idea of being able to help students everyday. I also found that the most rewarding part of the job is getting to work with an amazing group of people, the EWC family.